Nate Solder net worth and salary: Nate Solder is an American professional football player who has a net worth of $4 million. Nate Solder was born in Denver, Colorado in April 1988. Solder is an offensive tackle who played tight end at Buena Vista High School. He played his college football at the University of Colorado and was First-team All-Big 12 in 2009 and 2010.

Solder was named the Big 12 Offensive Lineman of the Year in 2010 and was also a Consensus All-American. He was drafted #17 by the New England Patriots in the 2011 NFL Draft. Solder signed a four year deal worth $8.54 million in 2011 and has played his entire NFL career for New England. In 2011 he was named as a Pro Football Weekly and Sporting News All-Rookie. Solder is a two time AFC Champion with the Patriots. He caught his first career touchdown pass in the AFC Championship Game in the 2014 season. 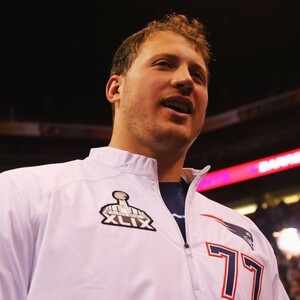