Nate Ebner net worth: Nate Ebner is an American professional football and rugby player who has a net worth of $4 million. Nate Ebner  was born in Dublin, Ohio in December 1988. He is a safety who became the youngest player on the United States national rugby sevens team at 17 years old.

Ebner was the MVP of the American team at the under-19 IRB Junior World Championship in 2007 and the under-20 IRB Junior World Championship in 2008. He played his college football at Ohio State where he was a Big Ten Champion in 2009. Ebner was drafted #197 in the 2012 NFL Draft by the New England Patriots and has played for the Patriots for his entire career. He won a Super Bowl Championship with New England in 2015. He also represented the United States in rugby at the 2016 Summer Olympics in Rio. 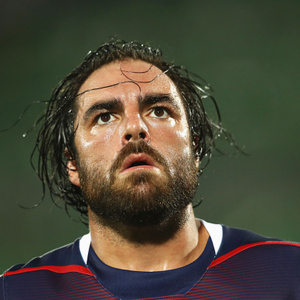