Myles Garrett net worth and salary: Myles Garrett is an American professional football player who has a net worth of $12 million. Myles Garrett was born in Arlington, Texas in December 1995. He is a defensive end who played at Martin High School. Garrett played his college football for Texas A&M where he won the Bill Willis Award in 2015. He was named first-team All-SEC in 2015 and 2016 and second-team All-SEC in 2014. He was also a first-team All-American in 2015 and 2016. Myles Garrett was drafted #1 overall by the Cleveland Browns in the 2017 NFL Draft. During his three years at Texas A&M Garrett had 141 tackles, 31 sacks, an interception, and 7 forced fumbles. His brother Sean Williams played for the New Jersey Nets in the NBA and his sister Brea Garrett won an NCAA title in track and field at Texas A&M. 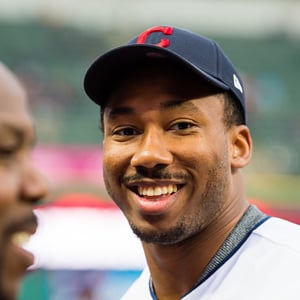