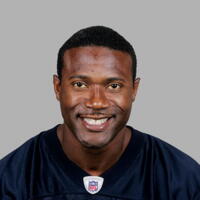 Muhsin Muhammad Net Worth: Muhsin Muhammad is a former American football player who has a net worth of $8 Million. Born Muhsim Campbell on May 5, 1973 in Lansing, Michigan, he played as football wide receiver for two NFL teams, Carolina Panthers and Chicago Bears. Although he made his early beginnings playing soccer in elementary school, Muhsin turned to football later on. Excelling in athletics during high-school, he went on to play college football for Michigan State University. Once he was drafted by the Panthers in the second round of the 1996 NFL Draft, Muhsin Muhammad embarked on a professional football career that spanned over 13 years. As a pro, he was a two-time Pro-Bowl selection with the Panthers (in 1999 and 2004), as well as he has made the 2004 All-Pro Team. Often referred to as the "Moose", Muhammad is best known for his signature touchdown dance that could be seen in one of the opening cameos of Madden NFL 2006.