Mitch Unrein net worth: Mitch Unrein is an American football player who has a net worth of $2.5 million. He currently plays defensive tackle for the Denver Broncos. Mitch Unrein was born on March 25, 1987 in Eaton, Colorado. He stands at 6'4″ and weighs 306 pounds. Unrein attended Eaton High School and was a first team All State selection by both the Denver Post and Rocky Mountain News during his junior and senior years, and was also a member of the school's wrestling team.

After graduating, Unrein enrolled at Wyoming University. He walked on to the team in 2005 and redshirted his freshman year before playing in all 12 games in 2006, earning a scholarship in the process. In 2007, Unrein recorded five sacks and 11 tackles for loss, both Top 10 performances in the Mountain West Conference. With 54 tackles, 1.5 sacks and a fumble recovery his junior year, Unrein earned Honorable Mention All-Conference honors after both his sophomore and junior seasons. After going undrafted during the 2010 NFL Draft, Mitch Unrein signed with the Houston Texans. He was released soon after and signed by the Denver Broncos. From 2011-2013, Unrein appeared in 46 games, recording 48 tackles and a fumble recovery. He also caught a touchdown pass from Peyton Manning during the 2012 season. 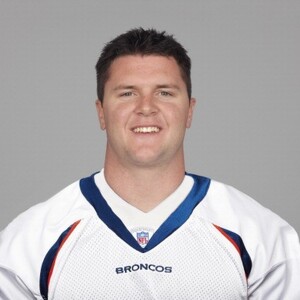