Mike Wahle Net Worth: Mike Wahle is a former American professional football player who has a net worth of $11 million. Born in 1977 in Portland, Oregon, Mike Wahle played college football at Navy after lettering in three sports while in high school. The Green Bay Packers chose Wahle during the second round of the 1998 Supplemental Draft. The offensive lineman played in Lambeau from 1998 until 2004 when he and the Packers could not come together and agree on a new contract. He later played for the Carolina Panthers from 2005 until 2007, singing a free agent deal with the Panthers. After his release following the end of the 2007 season, he scored a five-year deal with the Seattle Seahawks in 2008, but suffered a season-ending shoulder injury during December and landed on injured reserve. Wahle earned All-Pro and Pro Bowl honors in 2005. He played in 152 career games with 138 starts. He recovered four fumbles before his retirement. He left pro football after failing a physical with the Seahawks during the summer of 2009. He began playing rugby while studying at the London Business School in England and earned his MBA in 2013. Wahle has one daughter, Teagan, with his wife, Trina. 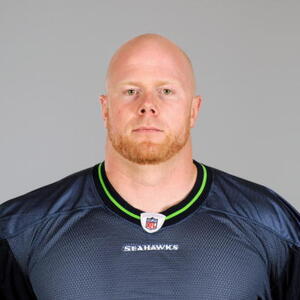