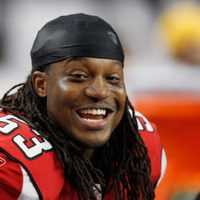 Mike Peterson Net Worth: Mike Peterson is a former American professional football player who has a net worth of $12 million. Born in 1976 in Gainesville, Florida, Mike Peterson played college football in his hometown for the University of Florida Gators. The six-foot-one, 226-pound linebacker was drafted with the 36th overall pick during the second round of the 1999 NFL Draft by the Indianapolis Colts. He played in Indianapolis until 2002 when he signed with the Jacksonville Jaguars ahead of the start of the 2003 season. Peterson became a fixture in Jacksonville, securing the middle of the field from 2003 until 2008. He later played for the Atlanta Falcons from 2009 until 2012 before hanging up the cleats. Peterson earned second-team NFL All-Pro honors in 2005, though the majority of his career accolades came in college. While with the Gators, Peterson won two SEC Championships and one Bowl Alliance National Championship. He earned first-team All-SEC and first-team All-American honors in 1998 and has since been inducted into the University of Florida Athletic Hall of Fame. Peterson finished his pro playing days with close to 1,000 career tackles to go along with more than 21 quarterback sacks and 19 interceptions. He is involved in several charitable efforts and created the Mike Peterson Foundation more than a decade ago to help underprivileged families and children near Peterson's hometown and playing teams. Peterson and his wife, Chantal, have two sons together, and live in Florida.