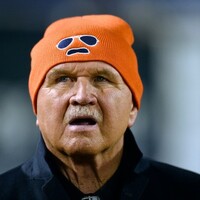 What is Mike Ditka's Net Worth?

Mike Ditka is a retired American NFL player, coach and television analyst who has a net worth of $30 million. Mike Ditka is a five-time Pro Bowl selection, six-time All-Pro tight end, and three-time Super Bowl champion, he played with the Chicago Bears, Dallas Cowboys, and Philadelphia Eagles, and also coached the former two teams. Additionally, Ditka was the head coach of the New Orleans Saints from 1997 to 1999.

Mike Ditka was born as Michael Dyczko in 1939 in Carnegie, Pennsylvania, the eldest child of Mike Sr. and Charlotte. He was raised in nearby Aliquippa with his siblings Ashton, Mary Ann, and David. Ditka is of Polish and Ukrainian descent on his father's side, and German and Irish ancestry on his mother's. As a youth, he went to St. Titus School, and then to Aliquippa High School, where he was a three-sport star under head coach Press Maravich. Hoping to escape his hometown's manufacturing jobs by going to college on a football scholarship, Ditka was ultimately recruited by the University of Notre Dame, the University of Pittsburgh, and Penn State.

Ditka ended up attending the University of Pittsburgh, where he did basketball, baseball, and wrestling in addition to football. As a sophomore, he led the football team with 18 receptions for 252 yards. Ditka was named a team captain during his senior year, and became a unanimous first-team selection on the College Football All-America Team. He finished his college career with 45 passes for 730 yards and seven touchdowns.

Ditka was selected by the Chicago Bears in the 1961 NFL draft. Right away, he was a success. In his first season, he made 58 receptions and scored 12 receiving touchdowns, the most by any Bears rookie. The next year, he started all 14 games, again making 58 receptions. In 1963, he led the team with 59 catches for 794 yards and eight touchdowns, and played on the NFL championship team. For each of his six seasons with the Bears from 1961 to 1966, Ditka earned a trip to the Pro Bowl. All in all, he ranks first among tight ends and fourth among Bears players with 4,503 yards.

In 1967, Ditka was traded to the Philadelphia Eagles. However, due to injuries, he only ended up playing in nine games with four starts during his first season. For his second season, he appeared in 11 games with six starts, posting 13 receptions for 111 yards and two touchdowns.

Ditka was traded to the Dallas Cowboys in 1969. Playing in 12 games with four starts during his first season on the team, he made 17 receptions for 268 yards and three touchdowns. The next season, he appeared in 14 games, scoring eight receptions for 98 yards with no touchdowns. That year, the Cowboys reached their first Super Bowl ever, but lost to the Baltimore Colts. Greater success came in 1971, when Ditka set a franchise record for tight ends with 30 receptions in a single season. Moreover, he made a touchdown reception in a 24-3 Super Bowl victory over the Miami Dolphins. Ditka announced his retirement from NFL playing in 1973; at the time, his 427 receptions were the most by any tight end in the history of the league. 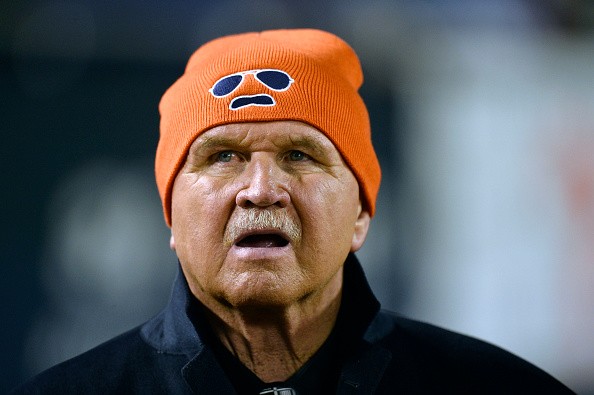 Immediately following his retirement, Ditka was hired as an assistant coach by Cowboys head coach Tom Landry. During his nine-season tenure, the Cowboys made it to the playoffs eight times, and won six division titles and three NFC Championships. Additionally, the team won the Super Bowl in 1977. While still with the Cowboys, Ditka sent a letter to his former Chicago Bears head coach George Halas, expressing a desire to return to Chicago as a new head coach. Halas later took Ditka up on his offer, hiring him as the Bears' head coach ahead of the 1982 season. By his third season, Ditka led the team to the NFC Championship Game; by his fourth season, he led the Bears to a huge 46-10 win over the New England Patriots in Super Bowl XX. This was the pinnacle of Ditka's coaching career. Later, in the early 90s, a series of losses led to his firing by the team.

Following a five-year absence, Ditka returned to NFL coaching in 1997 as the head coach of the New Orleans Saints. His tenure with the team was inconsistent. He struggled during the first season, leading the Saints to a 6-10 record. During his second season, the team was in playoff contention; however, they were eliminated in Week 16 by the Arizona Cardinals. The 1999 season was Ditka's worst ever as a coach, with the Saints losing ten games in 11 weeks. A small comeback came in the team's home finale on Christmas Eve, when the Saints beat the Cowboys 31-24. However, this was Ditka's final victory as a head coach. Following a major loss to the Panthers the following week, Ditka was fired from the team.

Upon his dismissal from the Bears in 1992, Ditka took a broadcasting job with NBC, becoming an analyst and color commentator. Later, he joined CBS Sports as a studio analyst on "The NFL Today." Among his many other broadcasting gigs, he is a commentator on CBS Radio and multiple ESPN programs.

From 1961 to 1973, Ditka was married to his wife Marge; they have four children, Mark, Matt, Mike, and Megan. Subsequently, in 1977, Ditka wed Diane Trantham. He has lived in various places, including Bannockburn, Illinois and the English Turn area of New Orleans, Louisiana.