Mike Carey net worth: Mike Carey is an American former professional football official who has a net worth of $3 million. Mike Carey was born in 1949. He was a running back who played for Santa Clara University. In 2008 he was tied with referee Ed Hochuli in an ESPN poll of NFL head coaches for best referee.

Carey became the first African American to be designated as referee in Super Bowl XLII. He served as an NFL official from 1990 to 2013. He is also an entrepreneur and inventor who founded ski and snowboarding company Seirus Innovation with his wife Wendy Carey. In 2014 he joined CBS Sports and serves as a rules analyst. 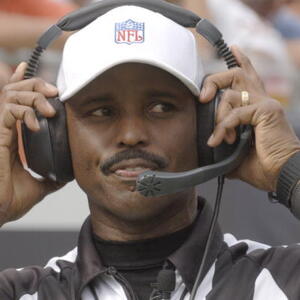