Mike Adams net worth and salary: Mike Adams is an American football player at the safety position for the Denver Broncos who has a net worth of $15 million. Mike Adams was born in 1981 in Paterson, New Jersey as one of seven children in his family in a poverty stricken neighborhood. Mike Adams played college football at the University of Delaware where he was an instrumental part of the Blue Hens' 2003 FCS National Championship team. While playing for the University of Delaware, Mike Adams appeared in 43 games with 23 as a starter. He made 213 tackles and 11 interceptions during his college career. Mike Adams was undrafted in the 2004 NFL Draft and later signed by the San Francisco 49ers as an undrafted free agent. Mike Adams spent three seasons in San Francisco with 18 games as a starter and five interceptions. After the 2006 season Mike Adams signed with the Cleveland Browns and went on to start in 32 games over the five years he spent on that team. At the end of the 2011 season Mike Adams became an unrestricted free agent and did not re-sign with Cleveland. Mike Adams signed with the Denver Broncos in March 2012 as a free agent. 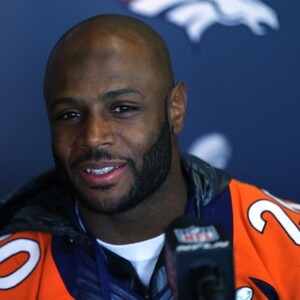