Michael Irvin Net Worth and Salary: Michael Irvin is a former American football player and actor who has a net worth of $12 million. Irvin is one of the most recognizable names in professional football, with a long history as both a player and a commentator. After proving his potential while playing college football at the University of Miami, Irvin was selected by the Dallas Cowboys during the first round of the 1988 NFL Draft. Michael then spent his entire 12-year career with the Cowboys before a spinal cord injury ended his time as a pro.

During his time in the NFL, Irvin earned the nickname "The Playmaker" after making big plays in big games, often decisively winning cups and tournaments. Over the course of his time with the Cowboys, Michael helped his team win three Super Bowls and was inducted into the Pro Football Hall of Fame in 2007. After his career came to a close, Irvin worked as a commentator for ESPN, appearing on the "Sunday NFL Countdown." As of 2020, he works as an analyst for the NFL Network. Outside of these roles, Irvin has appeared in a few reality TV shows such as "Dancing with the Stars."

Early Life: Michael Jerome Irvin was born on March 5th of 1966 in Fort Lauderdale, Florida. Raised alongside 16 siblings in a Christian household, Michael quickly became a star football player for his high school team. After a stellar high school campaign, Irvin was heavily recruited by the University of Miami. He accepted their offer and was subsequently coached by Jimmy Johnson during his college years. During his time playing for the hurricanes, Michael set a number of new records for the school, including most career receptions, most receiving yards, and most touchdown receptions.

Michael started strong, catching his first touchdown at the season opener that year. Although Irvin continued to play well over the next period, the Cowboys were not a successful team. An injury almost caused him to be traded to the Raiders. The team's performance began to improve in the 90s, and Michael set a number of franchise records in 1995. The Cowboys also won the Super Bowl in 1992 and 1993. During the late 90s, Irvin suffered a serious collarbone injury and then a cervical spinal cord injury that ended his career.

Entertainment Career: Over the years, Irvin has appeared in a number of television shows and films. In 2005, he appeared in "The Longest Yard" alongside Adam Sandler. In 2011, he also guest-starred in "Jack & Jill," another film by Sandler. In terms of reality television, he is known for appearing in series like "Pros vs. Joes" and "4th and Long." His most recent film role was in 2017's "Slamma Jamma." 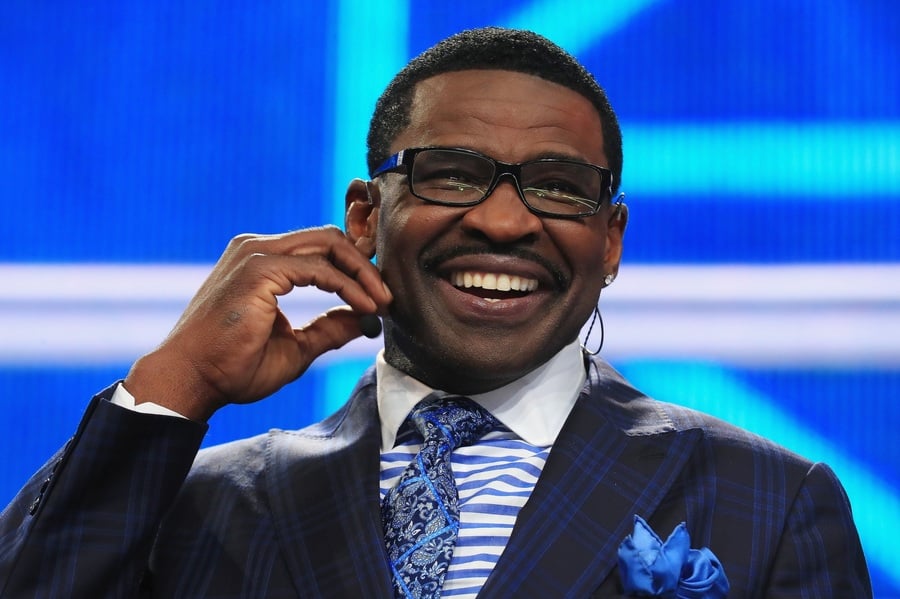 Controversy: Over the course of his career, Irvin has been involved in a number of notable controversies. In 1996, widespread media sources reported that Michael and another player had sexually assaulted a cheerleader for the Cowboys. Although the incident affected the performance of the team in the game following the allegations, it was later revealed that the entire story had been fabricated. The cheerleader who made the false reports was sentenced to 90 days in jail.

In 1998, Irvin allegedly stabbed a fellow Cowboys player with a pair of scissors. The victim was Everett McIver, and Michael narrowly missed his carotid artery with the assault. Cowboys owner Jerry Jones stepped in and brokered a deal that paid McIver a six-figure settlement in exchange for his silence and his agreement to not pursue criminal charges.

After retiring from the NFL, Irvin continued to struggle with controversies. Just one year after he stopped playing, Michael was arrested for possession of cocaine. Although he was arrested after being found in a Dallas apartment with cocaine, charges were later dropped. In 2005, he was ticketed for speeding in Texas. Later, he was arrested for an outstanding warrant, having never paid the speeding ticket. During this arrest, his car was searched. Police found drug paraphernalia, including a pipe and plastic bags that both had marijuana residue. Irvin was then arrested on a Class C misdemeanor and was eventually released on bond.

In 2007, Michael was accused of sexual assault once again. The incident stemmed from an incident that took place in a Florida casino, and he faced a civil suit in 2010. In response, Irvin filed a $100 million defamation countersuit before the case was settled out of court in 2011.

In 2009, Irvin was apparently the victim of a carjacking attempt in Dallas. His police report states that two men "flashed their guns at him," although these men drove away without assaulting or impeding Michael in any way. The police later suspended the investigation because Irvin reportedly did not cooperate in some way.

In 2017, Michael faced another sexual assault accusation. The incident allegedly occurred in Florida. Irvin denied the allegations. After several months, police announced that they were closing the investigation without pressing charges against Michael, presumably due to a lack of evidence.

Many observers believe that Irvin's continued controversies may have contributed to his eventual departure from ESPN. Michael had already made several questionable statements during his time as a broadcaster, and the network eventually learned of a lawsuit filed against the former athlete in 2007. Combined with declining ratings, ESPN announced that Irvin was no longer with the network in 2007.

Real Estate: In 2001 Michael custom-built a 12,100 square-foot mansion in Plano, Texas. Today this home is worth an estimated $3.6 million. 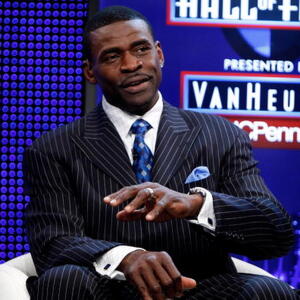