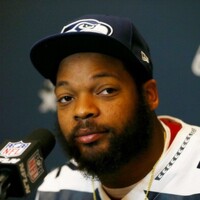 Michael Bennett net worth and salary: Michael Bennett is an American football player who has a net worth of $28 Million. Michael Bennett was born on November 13, 1985 in Avondale, Louisiana. He earned first-team All-District honors as a defensive lineman during his senior year at Alief Taylor High School in Houston, Texas. After graduating, he attended Texas A&M, where he played at defensive end. With the Aggies, Bennett was selected to the honorable mention All-Big 12 team during his junior year in 2007. After going undrafted during the 2009 NFL Draft, Michael Bennett signed with the Seattle Seahawks. The team moved him from left defensive end to an inside pass-rushing tackle. While he made the final roster, he was waived in October 2009, and was claimed a couple days later by the Tampa Bay Buccaneers. Tampa Bay switched him back to defensive tackle, and he played in seven games during his rookie season. Bennett remained with the Bucs through the 2012 season, finishing with 98 tackles, 15 sacks, and four forced fumbles in four seasons with the team. Before the 2013 season, Michael Bennett rejoined Seattle by signing as an unrestricted free agent. He played in all 16 games during the year, recording 31 tackles, 8.5 sacks, and scored his first defensive touchdown with a 22-yard fumble recovery of the New Orleans Saints' Drew Brees. He moved to the Philadelphia for the 2018 season and then joined the Patriots in 2019.

Bennett, whose earnings through 2019 top $59 million, famously does not cash his NFL checks until the end of a season. In the meantime he forces himself to live off the money he has budgeted from previous seasons.