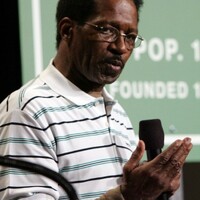 Mercury Morris Net Worth: Mercury Morris is an American retired professional football player who has a net worth of $100 thousand dollars. Mercury Morris was born in Pittsburgh, Pennsylvania in January 1947. He attended Avonworth High School and West Texas State University which is now known as West Texas A&M University. He was an All-American tailback and finished 2nd in the nation in rushing yards in 1967 to O.J. Simpson. Morris set collegiate records for rushing yards in a single game, rushing yards for a single season, and rushing yards over a three year college career. Mercury was drafted in the 3rd round of the 1969 AFL-NFL Common Draft by the Miami Dolphins. He played for the Dolphins from 1969 to 1975 and finished his career with the San Diego Chargers in 1976. During his career he won two Super Bowl Championship with the Dolphins and was part of the only undefeated season in NFL history. He was a three time Pro Bowl selection and was an All-Pro in 1973. Morris was convicted of cocaine trafficking in 1982 and sentenced to 22 years in prison but his conviction was overturned in 1986 and was released from prison. He became a motivational speaker. Morris starred in the movie The Black 6 in 1973.