Max Unger net worth: Max Unger in an American football player at the center position for the Seattle Seahawks who has a net worth of $8 million. Max Unger was born in Kailua-Kona, Hawaii in 1986 where he played high school football at Hawaii Preparatory Academy in Kamuela, Hawaii and was named a 2002 second-team all-state offensive honoree.

Max Unger was considered a three-star recruit by Rivals.com and chose the University of Oregon Ducks over the Oregon State University Beavers for his college football career. In his time at the University of Oregon, Max Unger was named to the All-Pac-1o first team twice, the All-Pac-10 second team once, and had one honorable mention. Max Unger started on the offensive line for all four years with the Ducks. Max Unger was selected with the 49th overall pick in the second round of the 2009 NFL Draft by the Seattle Seahawks, making him the highest drafted Oregon offensive lineman since 1972. Max Unger signed a four year, $3 million dollar contract with the Seahawks in 2009 and was named the starting right guard. Unger signed a four-year contract extension in 2012, worth up to $24 million, which makes him one of the top five highest paid centers in the NFL. 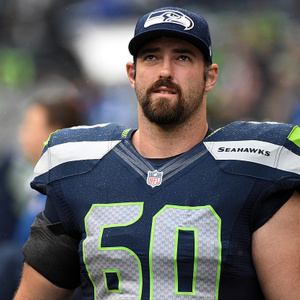