Maurice Clarett net worth: Maurice Clarett is a former American football player who has a net worth of $15,000. Born to parents Myke Clarett Sr. and Michelle Renee Clarett, Maurice was raised along with his two older brothers Marchus and Michael Graham Clarett Jr. He attended Warren G. Harding High School where he caught national attention as a football player and was ranked among the top 100 players on the national level. He then received an invitation to attend Ohio State University. During his time in Ohio State, he rushed for 1237 yards and scored 18 touchdowns. He helped lead the Buckeyes to win the BCS National Championship in 2002 with a 14-0 record. In 2003, he scored the winning touchdown against the University of Miami to win the Fiesta Bowl. Unfortunately, Claret's life off the field has been marked by several troubling incidents. His erratic behavior and attitude has sparked many controversies.  He unsuccessfully challenged the NFL's rules stating a player had to wait at least three years to declare for the draft after graduating from High School.

He was drafted by the Denver Broncos in the 2005 NFL Draft as the final pick of the 3rd round. However, due to his unimpressive performance and injuries, he was soon released from the contract. He was signed by the Omaha Nighthawks of the UFL on August 30, 2010. He played his most important game of the past 8 years, where he rushed for 12 yards on 5 attempts. Unfortunately, Maurice was arrested in August 9, 2006 after leading police on a car chase. During the arrest, he spit on the officers and called them derogatory names. Police subsequently found several weapons in the car and an open bottle of vodka. He eventually served three and a half years of a seven year sentence. 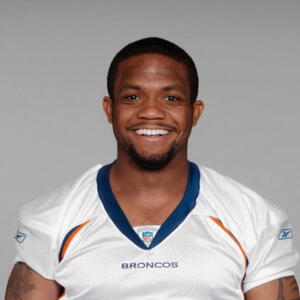