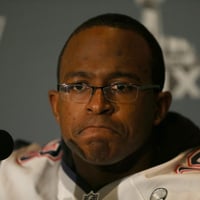 Matthew Slater net worth and salary: Matthew Slater is an American professional football player who has a net worth of $3 million. Matthew Slater was born in Baldwin Park, California in September 1985. Slater is a wide receiver and special teams player who played at Servite High School where he was an All-West selection by Prep Star and a two-time All-Serra League selection. Matthew's father Jackie Slater is a member of the Pro Football Hall of Fame. Matthew played his college football for the University of California, Los Angeles. In 2007 he was named First-team All-Pac-10 and First-team All-American. Slater was drafted #153 by the New England Patriots in the 2008 NFL Draft and has played in New England his entire career. In 2011 he signed a three year extension and in 2014 he signed another two year deal. Slater is a four time Pro Bowl selection and a three time First-team All-Pro. He was named Pro Football Writers Association All-NFL in 2011 and 2012 and Pro Football Writers Association All-AFC in 2011, 2012, and 2013. Slater has won two AFC Championships playing for the Patriots.