The Atlanta Falcons drafted him in 2004, and he played for the team through 2006 with moderate success. After being traded to the Houston Texans in 2007, he began to hit his stride, and has since become a 4-time Offensive Player of the Week, a two-time Pro Bowl selectee, 2009 Pro Bowl MVP, and the Leader in Passing Yards in 2009. After leading his team to a season opening win, he signed a four-year extension on his contract with the Texans for $62 million. During the 2012 season, he tied for the second most passing yards in a single game in NFL history with 527 yards. 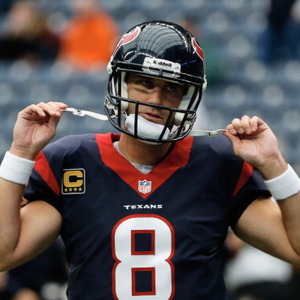