What is Matt Ryan's Net Worth?

Matt Ryan is an American football player who has a net worth of $70 million and a salary of $30 million. Ryan is best known for playing for the Atlanta Falcons in the NFL. He was first drafted by the team in 2008 after a successful college career with Boston College. After his first season, Ryan won the NFL Offensive Rookie of the Year award. In 2016, he added the NFL MVP award to his mantlepiece. That year, he led the Falcons to the Super Bowl LI, but his team was ultimately defeated by the Patriots. Matt Ryan holds a number of NFL records including the most passing yards by a quarterback during the first 12 seasons of their career.

Matthew Thomas Ryan was born on May 17th of 1985 in Exton, Pennsylvania. He was raised alongside three siblings in a Roman Catholic household. He comes from a footballing family, as his uncle played at Boston College and his cousin played at Notre Dame before being drafted by the San Francisco 49ers. He attended high school in Philadelphia, where he quickly became a central component of his school's football team. During his senior year, he threw for over 2,000 yards and scored 19 touchdowns. He also played basketball and baseball during high school and captained all three teams. After graduating, Ryan received only moderate attention from universities, although he was offered scholarships by Purdue, Georgia Tech, Temple, and Connecticut.

Ryan eventually chose to enroll at Boston College due to the fact that it was close to his home and had a strong football team while also emphasizing academics. As is the norm fr new quarterbacks, Matt was redshirted during his first year but gained a spot on the quarte team by 2004. During this period, he was extremely committed to his academic studies, and this led to him winning the Freshman Male Scholar-Athlete award.

In 2005, he was named as the second-string quarterback. Partway through the season, Ryan become the starter and passed for 1,514 yards during his next ten games. Next season, he led the season with 2,942 yards, 15 touchdowns, and 10 interceptions. In 2007, Matt prepared for the draft by launching a website complete with his statistics, biographical information, and highlights. He finished the season with 4,507 passing yards, 31 touchdowns, and 19 interceptions. Among his many honors included the ACC Offensive Player of the Year award, the ACC Player of the Year award, the Johnny Unitas Golden Arm Award, the Manning Award, and the Eagle of the Year award. He was also named to the 2008 Senior Bowl and was included in the All-ACC team.

In 2008, Matt Ryan was drafted third overall by the Atlanta Falcons. In August of that year, h was named the starting quarterback for the game against the Detroit Lions. His very first pass spanned 62 yards and ended in a touchdown. This was the first time a quarterback had thrown a touchdown with his first throw for eight years. However, he was also sacked that game and threw an interception. He eventually threw more than 3,000 passing yards in his rookie season, a feat only previously accomplished by Peyton Manning. He finished the season with 3,440 passing yards and 17 touchdowns and won the AP NFL Rookie of the Year award.

Ryan continued to play well during the next few seasons, but the Falcons struggled to reach the Super Bowl. Matt was invited to play in the Pro Bowl in 2011 for the first time in his career. In 2012, he underwent surgery to repair the AC joint on his non-throwing shoulder. After signing a contract extension with the Falcons, he became the franchise leader in passing yards. The Falcons had a disappointing season in 2013, however, and they missed the playoffs that season and in 2014. Another inconsistent season followed in 2015, but in 2016 Ryan managed to lead the team to the Super Bowl against the Patriots. Unfortunately, they threw away a lead of 25 points and ultimately lost the game in overtime. In the following years, Ryan's contract was extended and restructured several times. 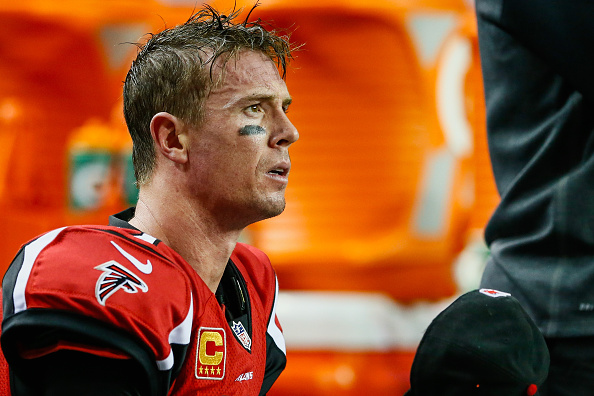 In 2008, he signed a six-year, $72-million contract with the Falcons after being drafted. This contract included $34.75 million in guaranteed funds. This immediately made him the fourth-highest-paid quarterback in the NFL, despite the fact he had yet to actually play a game. This contract was so high that it sparked widespread debate over whether rookie contracts were becoming much too high in the NFL. Ryan also began his career with endorsement deals with brands like Nike and AirTran.

In 2015, he signed a contract extension worth well over $100 million. In 2018, Matt Ryan became the first NFL quarterback to earn $30 million per year, making him the high-paid player in NFL history until Aaron Rodgers signed a more lucrative deal just months later. This was after he had signed a five-year, $150-million contract extension with Atlanta. Between June 2017 and June 2018, Matt Ryan earned $67 million from salary and endorsements.

In 2017, it was reported that Ryan had made a number of notable real estate transactions. He and his wife Sarah have a home in Buckhead's Ritz Carlton Residences. In 2015, they picked a piece of prime real estate. The property was a 6.3-acre parcel of land in the Tuxedo Park neighborhood near Buckhead, Atlanta. They then designed a large estate home that was never actually built on the land. In 2017, Matt and his wife sold his penthouse condo at the Ritz for $3.7 million and offloaded his 6.3 acres of prime real estate for $4.75 million. Essentially, he was merely breaking even with these transactions. He reportedly sold these properties in order to purchase a new home in Tuxedo Park for $4.5 million. 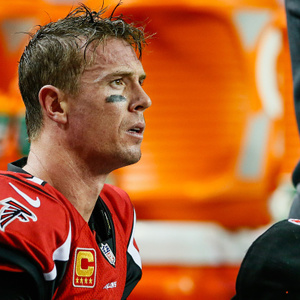