Matt Millen net worth: Matt Millen is an American former professional football player and football executive who has a net worth of $10 million dollars. Matt Millen was born in Whitehall, Pennsylvania, and went on to play college football at Pennsylvania State University, where he was an All-American defensive tackle. The Oakland Raiders drafted him in 1980, and he played for the team until 1988. While with the Raiders, he was a two time All-Pro selection, a Pro-Bowl selection in 1988, and a two-time Super Bowl Champion. He then went on to play for the San Francisco 49ers for two seasons, and spent his final year of professional play with the Washington Redskins. He won another Super Bowl with each team. After his NFL career concluded, he began working as a color commentator for CBS, and then NBC. In 2001, he shifted his focus to team management, taking over as the Head Manager and Team President for the Detroit Lions. He was fired from the position in 2008. 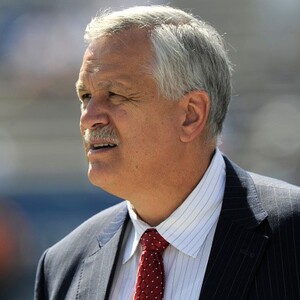