Matt Light Net Worth: Matt Light is a former American professional football player who has a net worth of $10 million. Born in 1978 in Greenville, Ohio, Matt Light played college football in the Big Ten for the Purdue University Boilermakers in Indiana. Light earned first-team All Big Ten honors in 2000. The New England Patriots drafted him with the 48th overall pick during the second round of the 2001 NFL Draft. Light went on to play every game of his eleven-year career with the Pats. The six-foot-four, 305-pound offensive tackle anchored the team's offensive line for more than a decade. He was part of three Super Bowl championships (XXXVI, XXXVIII, XXXIX) and won five AFC championships with the team. Light also earned first-team All Pro honors during the 2007 season and is a three-time Pro Bowler (2006, 2007, 2010). Light was named Madden's Most Valuable Protector in 2010 and won the Tuesday Morning Quarterback Non-QB Non-RB NFL MVP Award in 2007. Light was named to the New England Patriots All-2000s Team and the Pats 50th Anniversary Team. He played in 155 career games in New England, starting 153 of them. Light recovered two fumbles during his career. Since his retirement, which he announced in May of 2012, Light has worked as an NFL analyst with ESPN. 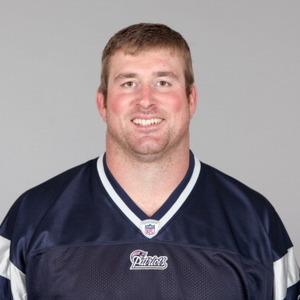