What is Matt Leinart's Net Worth?

Matt Leinart is a retired American football player and current TV analyst who has a net worth of $12 million. Matt Leinart played as a quarterback in the NFL for the Arizona Cardinals, Houston Texans, and Oakland Raiders. He played for the Cardinals from 2006 to 2009, the Texans from 2010 to 2011, the Raiders in 2012 and the Buffalo Bills in 2013. Prior to this, he was a star college football player with the USC Trojans, winning the Heisman Trophy and the Orange Bowl in his junior year. In 2017, Leinart was inducted into the College Football Hall of Fame. He is considered somewhat unique for being a left-handed player and is 6'5″. He was the 10th pick in the 2006 NFL draft. Matt's biggest contract was the six-year $51 million deal he signed with the Cardinals in his first year. Today he is a studio analyst for Fox Sports college football TV coverage. He also does work for the Pac-12 network and is a recurring guest on various podcasts.

As we stated a moment ago, Matt's biggest career contract was the six-year $51 million deal he signed in 2006, ahead of his first NFL season with the Cardinals. He was released by the Cardinals ahead of the 2010 season, so he did not earn the full $51 million. He earned $14 million from this first deal. Matt ultimately earned a total of $18 million from NFL salary during his career.

Matt Leinart was born on May 11, 1983 in Santa Ana, California. He had the condition strabismus, or crossed eyes, and underwent surgery when he was three to correct it. Leinart was also given special glasses to wear, making him an easy target of school bullies. To cope with the situation, he turned to sports. As a student at Mater Dei High School, Leinart lettered in both football and basketball. In his junior year, he led the football team to a California Interscholastic Federation Division I co-championship. Leinart was recognized for his accomplishments by being named the Gatorade California high school football player of the year.

Leinart graduated from high school as one of the top college football prospects in the country. He went on to choose the University of Southern California for college, where he played under coach Pete Carroll with the Trojans. After redshirting in 2001, Leinart spent his freshman year understudying senior quarterback Carson Palmer. He subsequently had his breakthrough year as a sophomore, when he was named the Trojans' starting quarterback. In the season opener, Leinart made his first career pass, a touchdown, in a 23-0 victory over Auburn. The Trojans went on to finish the regular season with an 11-1 record. Moreover, the team made it to the Rose Bowl, where Leinart was named the MVP of the game.

It was in his junior year that Leinart established himself as one of the great college football players, leading the Trojans to an undefeated season and claiming the Heisman Trophy. In the postseason, USC took a 55-19 victory over the also undefeated Oklahoma at the Orange Bowl, where Leinart threw for five touchdown passes. He earned MVP honors for his performance. Leinart repeated his success in his senior season, once again leading the Trojans to a perfect regular season. The team advanced to the Rose Bowl, ultimately losing to Texas. Leinart ended his collegiate career as USC's all-time leader in touchdown passes and completion percentage.

In the 2006 NFL Draft, Leinart was chosen 10th overall by the Arizona Cardinals. He subsequently signed a six-year contract with the team. In his debut in the fourth game of the season, Leinart threw two touchdown passes. Later, in a game against the Minnesota Vikings in late November, he set an NFL rookie record with 405 passing yards. Leinart finished his first season with the Cardinals with a 4-7 record across 11 starts. Early in his second season, after beginning as the starting quarterback, Leinart was placed on injured reserve due to a fractured collarbone. His season ended prematurely as a result.

Following his recovery in the 2008 offseason, Leinart returned to Cardinals play. However, Kurt Warner ended up taking over his role as starting quarterback, pushing Leinart to the position of backup for his remaining seasons with the Cardinals. Warner went on to lead the team to its first-ever Super Bowl. After Warner retired in 2010, most speculated that Leinart would regain his starter position. This didn't happen, however, as Leinart continued to play poorly. He was eventually released by the Cardinals in September. 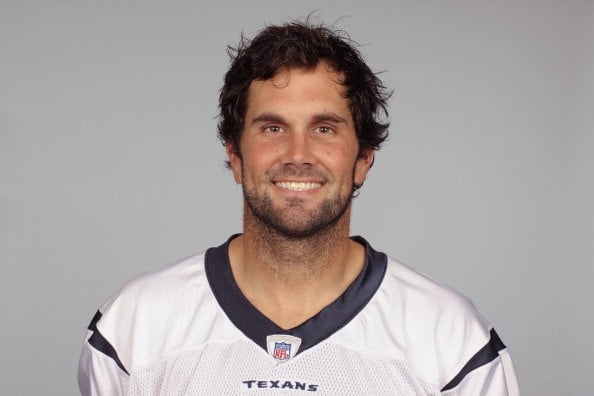 After leaving the Cardinals, Leinart signed a one-year deal with the Houston Texans as a backup to quarterback Matt Schaub. However, due to Schaub playing all 16 games of the 2010 season, Leinart did not see any action during the year. As a result, he returned to Houston the following year. Leinart finally made his debut with the Texans in Week 12 of the 2011 season after Schaub suffered a foot injury. Unfortunately, Leinart fractured his collarbone in the first half of the game and had to be replaced. His season consequently ended prematurely. Leinart was later released by the Texans in early 2012.

Leinart signed with the Oakland Raiders in the spring of 2012 to back up his former USC teammate Carson Palmer. In Week 16, Leinart entered the game alongside Terrelle Pryor after Palmer suffered an injury. Ultimately, Pryor was given the start the following week, and Leinart was not re-signed by the Raiders.

Leinart signed with the Buffalo Bills in the summer of 2013 to potentially fill in for quarterbacks Kevin Kolb and EJ Manuel, both of whom suffered injuries. However, the position ultimately went to Thad Lewis, who was brought in on the same day. Leinart was subsequently released by the Bills.

From his former girlfriend Brynn Cameron, who played women's basketball at USC, Leinart has a son, who was born after the pair separated. Leinart later married actress Josie Loren, with whom he has two additional sons.

In June 2016 Matt paid $2.245 million on a home in Manhattan Beach, California. The property features large pool and attached sports court in the backyard. 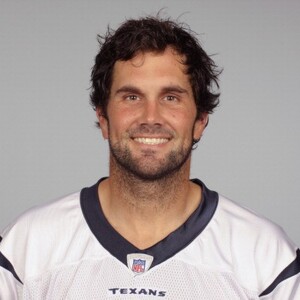