Matt Hasselbeck Net Worth: Matt Hasselbeck is an American football player who has a net worth of $18 million dollars. A quarterback for the Seattle Seahawks, Matt Hasselbeck is a three time Pro-Bowl selection, a one time All-Pro selection, and has brought the Seahawks to the playoffs and/or The Super Bowl six times. Born Matthew Michael Hasselbeck on September 25, 1975, in Boulder, Colorado, Hasselbeck embarked on his professional career in 1998, when he was drafted by the Green Bay Packers in the 6th round of the NFL Draft. At the time, he spent a season on the practice squad and for two seasons he was backing up the starting quarterback Brett Favre. In 2001, he was already traded to the Seattle Seahawks. After a strong finish in 2002, he earned the starting role in 2003, having led Seattle to six playoff appearances and a Super Bowl appearance. Next, he was selected to three Pro Bowls and an All-Pro selection. His ten successful seasons with the Seahawks, were followed by an unannounced departure from the team in 2011. The free Hasselbeck now signed a three-year, $21 million deal with the Tennessee Titans. It was on March 18, 2013, when he was released by the Titans and in less than 24 hours he signed another contract, this time with the Indianapolis Colts. Throughout his fifteen-year-long career, Hasselbeck has been a three-time Pro Bowler and has passed for more than 3,000 yards in eight NFL seasons. Off the football pitch, he married his high-school sweetheart, Sarah, with whom he has three children, two daughters and a son. 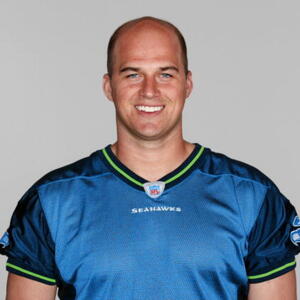