Matt Flynn Net Worth: Matt Flynn is an American professional football player who has a net worth of $10 million. Matt Flynn was born in Tyler, Texas in June 1985. Flynn is a quarterback who attended Robert E. Lee High School where he earned accolades and chose to attend LSU.

While at LSU he led the team to a BCS National Championship in 2008 defeating Ohio State. Flynn was named the BCS National Championship Offensive MVP. He also won a BCS National Championship in 2004 although he was not the starting quarterback. He also won SEC Championships with LSU in 2003 and 2007. Flynn was drafted #209 by the Green Bay Packers in the 2008 NFL Draft. He served as a backup quarterback to Aaron Rodgers in Green bay from 2008 to 2011. At the end of the 2011 season he started the final game of the season and set single game Green Bay Packers records for most yards and touchdowns in a game. This led to Flynn being signed by the Seattle Seahawks for a three year deal worth $20.5 million in 2012. He ended up being the backup QB to Russell Wilson and played for the Oakland Raiders and Buffalo Bills in 2013. Flynn re-joined the Green Bay Packers in 2013. He won a Super Bowl Championship and NFC Championship for the Packers as well as leading the largest comeback win in Packers history, a 23 point deficit. He signed a one year deal worth $1.07 million in 2014. 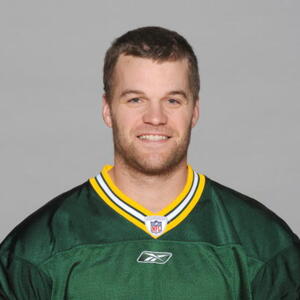