Matt Dunigan Net Worth: Matt Dunigan is an American Canadian sportscaster, television host, retired professional football player, coach, and executive who has a net worth of $3 million. Matt Dunigan was born in Lakewood, Ohio in December 1960. Dunigan attended Lake Highlands High School and Louisiana Tech where he played quarterback.

He was inducted into the Louisiana Tech University Athletic Hall of Fame in 2011. As a player he played for the Edmonton Eskimos, BC Lions, Toronto Argonauts, Winnipeg Blue Bombers, Birmingham Barracudas, and Hamilton Tiger-Cats in the Canadian Football League. Dunigan won Grey Cup Championships in 1987 and 1991. He was a three time CFL All-Star and won the Tom Pate Memorial Award in 1989 and the Jeff Russel Memorial Trophy in 1993. Dunigan was head coach of the Calgary Stampeders from 1999 to 2000. He became a studio analyst for TSN in 1994 and then he returned to the Stampeders as head coach and general manager in 2004. He became the host of the TV series Road Grill in 2008 and is a cookbook author. Dunigan has also been outspoken about dangerous effects of concussions. 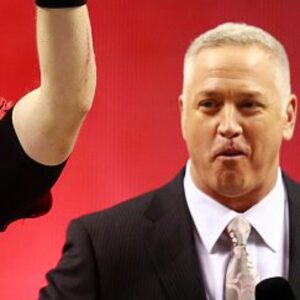