Matt Cassel net worth and salary: Matt Cassel is an American football player who has a net worth of $30 million dollars and annual salary of $5.25 million. Born in Northridge, California, Matt Cassel excelled at both baseball and football during his school years, playing in the Little League World Series final in 1994, and lettering in both sports in high school.

He was also an all-state selection, and ranked as the #8 high school quarterback in the nation his senior year. He attended the University of Southern California, where he majored in Communications, while playing both football and baseball. He was a back-up quarterback during his four years at USC, and though his collegiate baseball career was only moderately successful, he was drafted by the Oakland A's in 2004. He was drafted by the New England Patriots, and began the 2005 season with them. Though he was brought in as a backup quarterback, he ended up leading the Patriots to multiple excellent seasons, before being traded to the Kansas City Chiefs. His time with the Chiefs has been moderately successful, but has also been marred by injury. 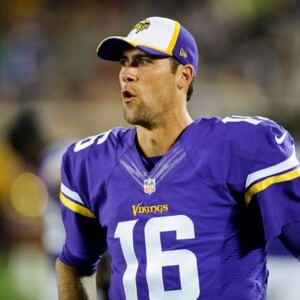