Matt Birk Net Worth: Matt Birk is a former American professional football player who has a net worth of $12 million. Born in St. Paul, Minnesota, in 1976, Matt Birk played college football at Harvard University in Massachusetts. The six-foot-four, 235-pound center was drafted with the 173rd overall pick during the sixth round of the 1998 NFL Draft.

He made his rookie debut with the Minnesota Vikings in 1998, where he played for a decade until he joined the Baltimore Ravens from 2009 until 2012. Birk appeared in six Pro Bowls in 2000, 2001, 2003, 2004, 2006, and 2007. He earned All-Pro honors twice in 2000 and 2003 and won the 2011 Walter Payton Man of the Year Award. Birk was part of the Super Bowl XLVII-winning team with the Ravens, who defeated the San Francisco 49ers, 34-31. While with the Vikings, Birk was a six-time recipient of the team's Man of the Year Award from 2002 until 2007. He anchored the offensive line in 210 career games with 187 starts. In 2002, Birk created the HIKE Foundation to help at-risk youth. He brought it to Baltimore-area public schools in 2010. Birk is considered among the smartest players in the NFL. He and his wife, who volunteers at a crisis center for pregnant women, have six children together. Birk has made headlines for his conservative views on abortion and same-sex marriage, and for refusing to visit the White House and President Barack Obama following the Ravens' Super Bowl win in protest of Obama's support for Planned Parenthood. He plans to donate his brain to research after his death. In 2014 he was named the NFL director of player development. 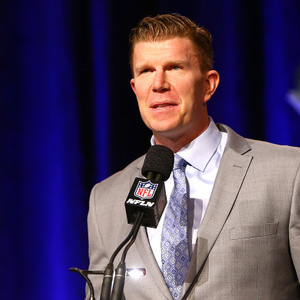