Marvin Harrison Net Worth: Marvin Harrison is a former American football player who has a net worth of $26.8 Million. Born Marvin Daniel Harrison on August 25, 1972, in Philadelphia, Pennsylvania, he is a wide receiver of the National Football League (NFL). Harrison first started playing football at Syracuse University, where he played with Donovan McNabb in his final year. There, he managed to build up a school record with 2,718 career receiving yards and ranked second in school history with 20 receiving touchdowns to Rob Moore. Next, Harrison was chosen by the Indianapolis Colts with the 19th selection in the 1996 NFL Draft. This selection which was obtained in a trade that sent Jeff George to the Atlanta Falcons. Harrison spent his entire 13-year-long career with the Colts, thus becoming widely considered as one of the greatest and most productive wide receivers in NFL history. It was in 2002 that he broke Herman Moore's single season receptions record by 20 receptions, having finished with 143 catches and over 1,700 yards receiving. Four years later, Harrison became just the 4th player in the history of the sport to record 1000 receptions, joining Jerry Rice (1549), Cris Carter (1101) and Tim Brown (1094). Being one of only seven wide receivers in NFL history to reach 100 touchdowns, Marvin Harrison hasn't stop building up his resume until the end of his career. December of 2008 was the month when he caught his 1,095th career reception and passed Tim Brown for third all time, as well as he passed Cris Carter to become second on the all-time NFL reception record list with 1,102 receptions. After his successful 2008 NFL season, Harrison asked for and was granted his release by the Colts. Having spent the entire 2009 season sitting out, he quietly retired from the sport the same year. Marvin Harrison was inducted into the Indianapolis Colts Ring of Honor on November 27, 2011. 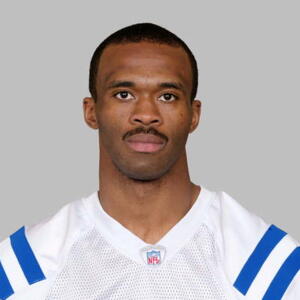