How much is Marvel Smith Worth?

Marvel Smith Net Worth: Marvel Smith is a retired American professional football player who has a net worth of $11 million. Born in Oakland, California, in 1978, Marvel Smith played college football for the Arizona State University Sun Devils in Tempe. He earned an All Pac 10 honorable mention during the 1998 season before being recognized as a first-team All Pac 10 player in 1999. The Pittsburgh Steelers drafted Smith with the 38th overall pick during the second round of the 2000 NFL Draft. He played every regular season game of his career with the Steelers before 2000 and 2008. The six-foot-five, 325-pound offensive tackle was not resigned by the Steelers after the 2008 season; he landed a contract with the San Francisco 49ers shortly thereafter, but opted to retire from professional football ahead of the start of the season without ever suiting up in the regular season for the team. Smith went to one Pro Bowl during his NFL career in 2004. He is a two-time Super Bowl Champion with the Steelers, winning Super Bowl XL in Detroit, Michigan in 2006 and Super Bowl XLIII in Tampa, Florida, in 2009. Smith played in a total of 111 career NFL games, starting 108 of them. He recovered one fumble from the offensive line during his run. 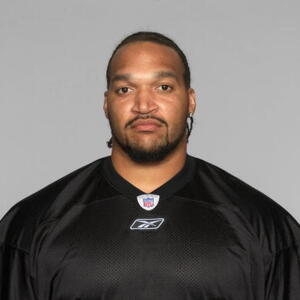