Martellus Bennett net worth and salary: Martellus Bennett is an American former professional football player and children's author who has a net worth of $22 million. Martellus Bennett was born in San Diego, California in March 1987. He is a tight end who played at Alief Taylor High School. Bennett played his college football at Texas A&M where he was named second-team All-Big 12 in 2006. He was drafted #61 by the Dallas Cowboys in the 2008 NFL Draft. Martellus Bennett played for the Cowboys from 2008 to 2011. He also played for the New York Giants in 2012, the Chicago Bears from 2013 to 2015, the New England Patriots in 2016, the Green Bay Packers in 2017, and the Patriots again in 2017. Bennett won Super Bowl LI with the Patriots. During his career he had 433 receptions for 4,573 yards and 30 touchdowns. In 2017 he signed a three year deal with the Packers for $21 million.

Martellus Bennett money quote: "I don't really buy anything…I'm not a car guy. I own my house. I own everything. So I haven't really paid for anything in like the last four years. You get to a point in life where you don't really need much." 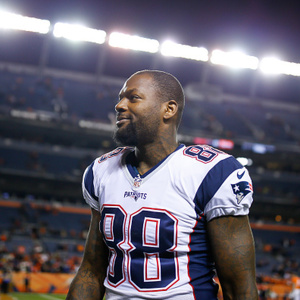