How much is Marshall Faulk Worth?

Marshall Faulk net worth: Marshall Faulk is retired American football player who has a net worth of $12 million dollars. Born in New Orleans, Louisiana, Marshall Faulk attended San Diego State University on a football scholarship, and set multiple records as a freshman player on the team. He was drafted by the Indianapolis Colts in 1994, and quickly proved himself to be an excellent choice. He went on to win both the 1994 NFL Offensive Rookie of the Year Award, and the 1994 Pro Bowl MVP Award. He was the first player to ever win both awards in the same season. He played for the next four seasons with the Colts, and was then traded to the St. Louis' Rams, after injuries limited his ability to play during his third and fourth seasons. His time with the Rams proved to be extremely successful, and he went on to set numerous records while with the team. The Rams won Super Bowl XXXIV, and he was named NFL Offensive Player of the Year, three times during his years with them. He retired in 2006, and was elected into the Football Hall of Fame in 2011. 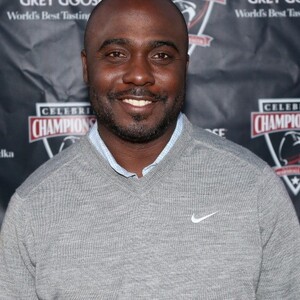