Mark Walton net worth: Mark Walton is an American professional football player who has a net worth of $400 thousand. Mark Walton was born in Miami, Florida in March 1997. He is a running back who played at Booker T. Washington High School. Walton played his college football at the University of Miami. He was drafted #112 overall by the Cincinnati Bengals in the 2018 NFL Draft. Mark Walton was waived by the Bengals after being arrested three times. He signed with the Miami Dolphins in 2019. Walton was suspended for four games for violating the NFL's personal conduct and substance abuse policies and was waived by the Dolphins. During his first two seasons he had 206 rushing yards and 118 receiving yards. Walton had 2,006 rushing yards at the University of Miami and he also had 26 rushing touchdowns. In November 2019 he was arrested for allegedly attacking a woman who was pregnant with his child. 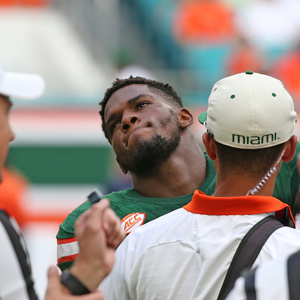