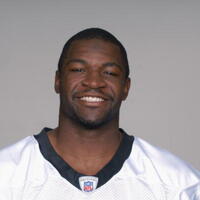 Mark Clayton net worth: Mark Clayton is an American former professional football player who has a net worth of $3 million. Mark Clayton was born in Oklahoma City, Oklahoma in July 1982. He was a wide receiver who played for Arlington Sam Houston High School. Clayton played his college football for Oklahoma where he was a two time first-team All-American and two time first-team All-Big 12 selection in 2003 and 2004. In 2000 he won the BCS national championship. Mark Clayton was drafted #22 overall by the Baltimore Ravens in the 2005 NFL Draft. He played for the Ravens from 2005 to 2009 and then for the St. Louis rams from 2010 to 2011. During his NFL career Mark Clayton had 260 receptions for 3,448 receiving yards and 14 receiving touchdowns with 118 rushing yards and 2 rushing touchdowns. Clayton is also an entrepreneur who founded Livv Headphones as well as the Christian based clothing line MyChristianT.