Mark Brunell net worth: Mark Brunell is an American football player who has a net worth of $400 thousand dollars. Born in Los Angeles, California, Mark Brunell first gained fans playing for St. Joseph High School, where he led his team to two league championships. He then went on to play for the University of Washington, where he continued to distinguish himself, leading his team to two Rose Bowls, and playing in three.

In 1993, he was drafted by the Green Bay Packers, and was then traded to the Jacksonville Jaguars in 1995. While with the Jaguars, he became a three time Pro-Bowl selection, and was the 1997 Pro-Bowl MVP. He also set multiple franchise records while with the team. In 2004, the Jaguars traded him to the Washington Redskins. He played successfully for the Redskins until 2007, and then moved to the New Orleans Saints, where he saw limited play. In 2010, he signed with the New York Jets. After retiring, Brunell invested in real estate and bought 11 Whataburger franchises. Unfortunately in 2010 he declared bankruptcy oweing $20 million in commercial real estate loans making him one of the most famous example of a broke athlete ever. 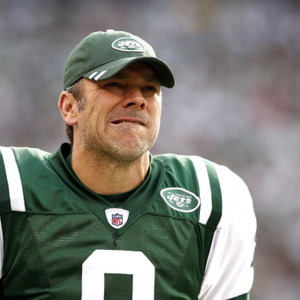