Marcus Stroud Net Worth: Marcus Stroud is a former American professional football player who has a net worth of $11 million. Born in 1978 in Thomasville, Georgia, Marcus Stroud played close to home at the University of Georgia. The Jacksonville Jaguars drafted Stroud with the 13th overall pick of the first round in the 2001 NFL Draft.

He played with the Jags until 2007 before being traded to the Buffalo Bills heading into the 2008 season. Stroud played in Buffalo until 2010 when he signed with the New England Patriots, but he didn't take a regular season snap with Bill Belichick's team. Stroud was a three-time Pro Bowl player with the Jaguars in 2003, 2004, and 2005. He was named an All-Pro in all three of those seasons. He retired as a member of the Jaguars on a one-day contract in June 2012. Stroud finished his career with 424 tackles, 29.5 quarterback sacks, and 39 deflected passes. Stroud made headlines in 2005 when his SUV rolled on a local interstate, though he escaped the accident without any injuries. He is the creator of the Marcus Stroud Charitable Foundation, which works with children from single-parent, low-income families, and hosted a football camp for kids in his home state with several other NFL players. He owns DeciBels Auto Creations in Jacksonville, a local auto body shop. 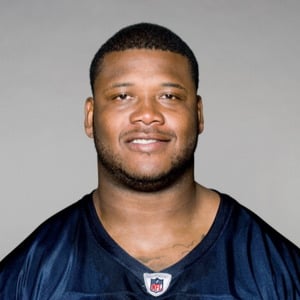