Marcus Jones net worth: Marcus Jones is an American former mixed martial artist and professional football player who has a net worth of $2 million. He is best known for playing for the Tampa Bay Buccaneers.

Marcus Jones was born in Jacksonville, North Carolina in August 1973. He was a defensive end who played at Jacksonville Southwest High School where he was a USA Today High School All-American. Jones played his college football at North Carolina where he was a consensus All-American and ACC Defensive Player of the Year in 1995. He was drafted #22 overall by the Tampa Bay Buccaneers and played for the team from 1996 to 2002. He recorded 124 tackles and 24 sacks in the NFL. Marcus Jones competed on The Ultimate Fighter: Heavyweights. He made his professional MMA debut in October 2007 defeating Will Mora. He lost his last fight to Matt Mitrione in December 2009 to finish with a record of 4-2. 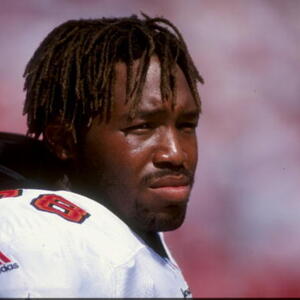