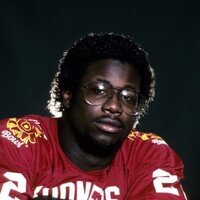 What is Marcus Dupree's Net Worth?

In 1984 Dupree signed with the USFL playing for the New Orleans Breakers. Because of injuries he had to sit out most of his games, but in 1985 Dupree earned the starting position for the season opener against the Arizona Outlaws. While in that game he suffered a severe knee injury and had to be carried off the field. This ended his career with the USFL. After recuperating and working hard at getting the strength back in his knee, he signed with the NFL Los Angeles Rams in 1990, but in 1991 he once again suffered an injury and had to sit out the first seven games.

Just before the 1992 season began, Dupree was cut from the team because his coach, Chuck Knox felt that his performance wasn't what he needed it to be. Marcus Dupree decided to retire soon after. He then became a USWA Professional Wrestler as well as being busy running a sports bar and working in a casino.

Willie Morris wrote a book about Marcus titled "The Courting of Marcus Dupree." In 2010 ESPN did a "30 for 30" documentary on Dupree's career titled "The Best That Never Was."

While visiting the University of Texas, Dupree verbally committed to attending the school. However, the University of Oklahoma and Sooners head coach Barry Switzer were so intent on acquiring Dupree that they sent former OU player Billy Sims to Austin to appeal to him. Ultimately, Dupree agreed to attend Oklahoma in 1982. He went on to score his first college touchdown in a game against Texas. Shortly after this, he made a 75-yard touchdown run that earned him Big Eight Offensive Player of the Week honors. Dupree subsequently had even greater runs against Colorado, Kansas State, and Nebraska, his best being an 86-yard run against the lattermost school. He finished his debut regular season with 1,144 yards rushing and 13 touchdowns. Subsequently, Dupree competed with the Sooners in the Fiesta Bowl, where he ran for a Fiesta Bowl record of 249 yards. Ultimately, Oklahoma lost to Arizona State.

Although Dupree's sophomore season was highly anticipated by spectators and sports analysts, things did not go as desired. He had put on substantial weight in the offseason, and behaved lackadaisically upon his return. Following a concussion he suffered in a loss to Texas, Dupree disappeared for a week. Showing up in Mississippi, he announced that he was leaving Oklahoma for the University of Southern Mississippi. 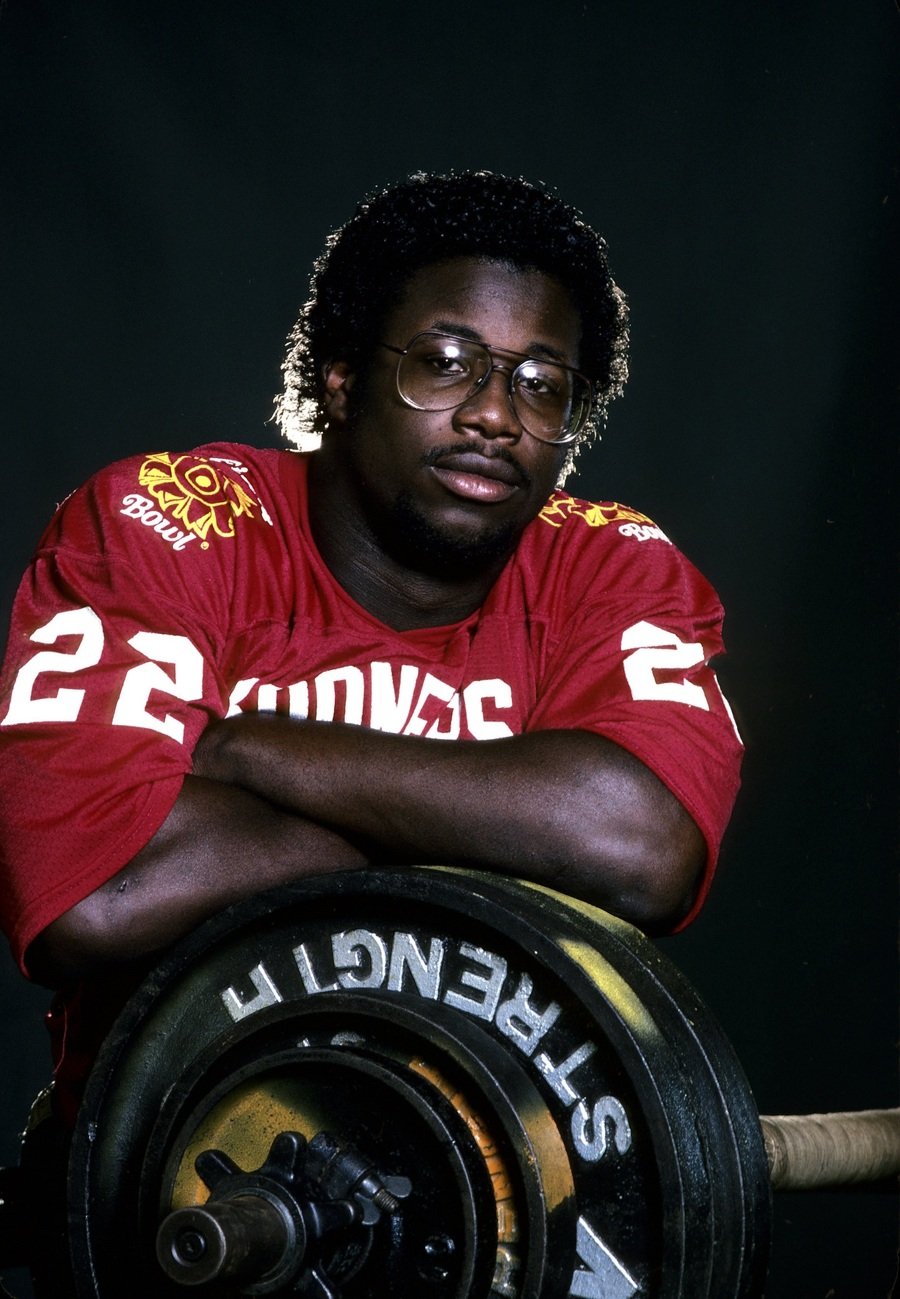 In 1984, Dupree signed with the United States Football League's New Orleans Breakers, a team that had just recently moved from Boston, Massachusetts. On his first career possession, Dupree scored a touchdown. However, his season did not live up to its initial promise, as Dupree spent much of the time on the bench. He managed to record nine touchdowns and a pair of 100-yard rushing games during the season.

In 1985, the Breakers moved to Portland, Oregon. Although he arrived late to the team's training camp, Dupree performed at a level satisfactory enough to gain him a starting position for the season opener against the Arizona Outlaws. He started well, rushing 69 yards on 17 carries with a touchdown. Things took a turn for the worse early into the second half when Dupree suffered a major knee injury and had to be carried off the field on a stretcher. After undergoing surgery and recovering, he left the Breakers.

Following four years away from football, Dupree was encouraged by Chicago Bears running back Walter Payton to get back into shape and return to playing. Heeding his advice, Dupree lost 100 pounds in a little over three months. Subsequently, in late 1990, he signed with the NFL's Los Angeles Rams, the team that had drafted him in 1986 in case he became fit enough to play again. After being placed on injured reserve during the beginning of the 1990 season, Dupree made his first appearance for the Rams in Week 9, rushing for 22 yards. Later, in his first start in Week 16, he rushed for 42 yards. Dupree concluded his debut NFL season with 72 yards on 19 carries across three games.

Hampered again by injury in 1991, Dupree missed the first seven games of the season. He returned in Week 8 to score his first and only touchdown of the year. Dupree finished the 1991 season with 179 yards on 49 carries over eight games. He went on to have his best performance in the 1992 preseason, when he recorded a 100-yard game against the Los Angeles Raiders. However, Dupree ultimately became one of the 14 players cut by coach Chuck Knox to pare down the Rams. Shortly after this, he retired from the NFL.

After retiring from the NFL, Dupree became a professional wrestler with the United States Wrestling Association in 1995. Among his other activities, he ran a sports bar and worked as a greeter at a casino for a period of time. In 2011, Dupree ran his own pro-wrestling promotion called Mid South Wrestling.

In 2011, Dupree was diagnosed with prostate cancer, from which he eventually recovered.