Marcellus Wiley is a retired American football player and current TV host who has a net worth of $5 million. Marcellus Wiley's net worth rose as the NFL defensive end for the Buffalo Bills, San Diego Chargers, Dallas Cowboys and Jacksonville Jaguars. He retired from the game in 2006. Californian-born Wiley started his college career at Columbia University, where played tailback, defensive end and for the Lions.

His performance caught the attention of the Buffalo Bills, who selected him in the 1997 NFL Draft. Soon after, The 6 ft 4 player started his professional career, mainly as a pass rusher, and went on to become a defensive end after Bruce Smith left the team for the Washington Redskins in 2000. In 2001, Wiley joined the Chargers, where he was selected for the AFC Pro Bowl team. He remained with the Chargers for three seasons. Wiley joined the Dallas Cowboys for one season before joining his fourth and final team, the Washington Redskins. His final game was in 2006. Since his retirement, Wiley has worked as an NFL analyst on ESPN. He also co-hosts (with Max Kellerman) a talk sport show also for ESPN. Wiley co-founded Prolebrity, which is a sport community where athletes promote their business, charities and events. 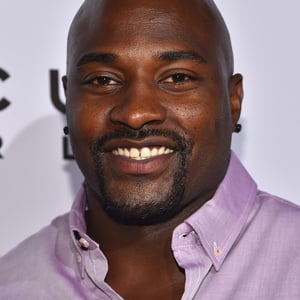