Marcell Dareus Net Worth, Salary and Career Earnings: Marcell Dareus is an American professional athlete who has a net worth of $25 million. Marcell Dareus was born on March 13, 1990 in Birmingham, Alabama. He attended Huffman High School where he played multiple sports. He then attended the University of Alabama. He declared his eligibility for the 2011 NFL draft where he ultimately was chosen as the third pick in the first round by the Buffalo Bills.

He played for the Bills from 2011 to 2017. In 2015 he signed a contract extension with the Bills that could have been worth as much as $95 million with incentives. It also included $60 million guaranteed which is the most guaranteed money ever received in the NFL by a non-quarterback. Marcell Dareus was traded to the Jacksonville Jaguars for the 2017 season. This move allowed the Bills to dump around $50 million from their roster payroll. 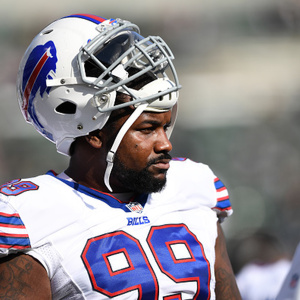