Marc Bulger Net Worth: Marc Bulger is a former American football player who has a net worth of $26 Million. Born Marc Robert Bulger on April 5, 1977, in Pittsburgh, Pennsylvania, he played as quarterback in the National Football League (NFL) for eleven seasons. It was at college that Marc's football skills were exposed on a big scale.

While at West Virginia University, not only did he play college football, but he also was a sports management major. There he still holds 20 passing records including 8,153 passing yards. Shortly after his graduation, he was selected by the New Orleans Saints in the sixth round of the 2000 NFL Draft. Ever since, he has managed to play in 10 NFL seasons with the St. Louis Rams (2001-09) and the Baltimore Ravens (2010). In his career, he had more than 22,000 passing yards, as well as he was two-time NFL Pro Bowl selection in 2004 and 2007, and NFL Pro Bowl MVP in 2004. Even though several teams were eager to sign him, Bulger decided to retire from football in 2011. 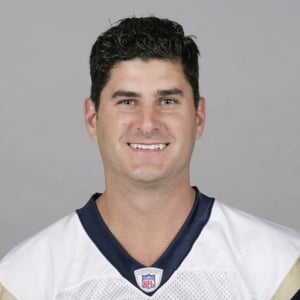