Malcolm Smith net worth and salary: Malcolm Smith is an American football player at the linebacker position for the Seattle Seahawks who has a net worth of $2 million. Malcolm Smith was born in 1989 in Woodland Hills, California and played high school football at Taft High School. As a senior, Malcolm Smith had 31 tackles, 10 sacks, four fumble recoveries at linebacker and ran for 919 yards on 118 carries with 15 touchdowns as a running back despite missing the first half of the season with a leg injury.

His brother is former USC and NFL wide receiver Steve Smith. Malcolm Smith played college football at the University of Southern California and played in all 13 games as a true freshman as a backup linebacker and special teams player. In the 2009 USC vs. UCLA game, Malcolm Smith anchored the Trojan defense, leading them to a 28-7 win. During that game Malcolm Smith returned the first interception of a UCLA pass 62 yards for a touchdown in the first quarter. Malcolm Smith was selected with the 242nd overall pick in the seventh round of the 2011 NFL Draft by the Seattle Seahawks. In the 2013 NFC Championship Game against the San Francisco 49ers on January 19, 2014, Malcolm Smith caught a game winning interception in the end zone that locked up the Seahawks' Super Bowl appearance. 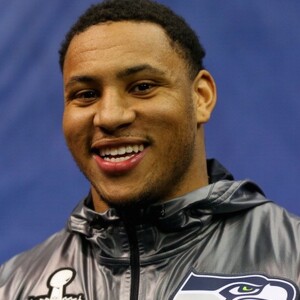