Lynn Swann net worth: Lynn Swann is an American politician and former professional football player who has a net worth of $20 million. Lynn Swann was born in Alcoa, Tennessee in March 1952. He was a wide receiver who played at Junipero Serra High School. Swann played his college football at the University of Southern California and was an All-American.

He was drafted #21 by the Pittsburgh Steelers in the 1974 NFL Draft and spent his entire career with the Steelers. He won four Super Bowls playing for Pittsburgh. Swann was the MVP of Super Bowl X and was selected to the Pro Bowl three times. In 2001 he was inducted into the Pro Football Hall of Fame. Swann served as the Chairman of the President's Council of Fitness, Sports, and Nutrition from 2002 to 2005. He ran for governor of Pennsylvania in 2006 as a Republican. Swann also served as a director of the boards for Hershey Entertainment and Resorts, H J Heinz Co., and Wyndham International. He has also worked as broadcaster and part owner of the AFL's Pittsburgh Power. 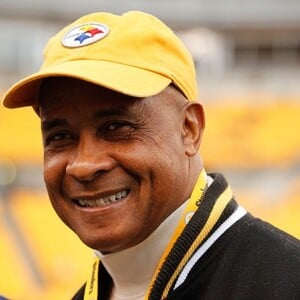