Luke Petitgout Net Worth: Luke Petitgout is a former American professional football player who has a net worth of $10 million. Born in Milford, Delaware, in 1976, Luke Petitgout played college football for the University of Notre Dame Fighting Irish. Petitgout, a six-foot-six, 310-pound offensive tackle, was a staple along Notre Dame's offensive line and earned first-team All Independents honors with the Fighting Irish in 1998. The New York Giants drafted him with the 19th overall pick during the first round of the 1999 NFL Draft. Petitgout went on to play for the Giants from 1999 until 2006. He began as a left guard and a right tackle before solidifying the left tackle position. Petitgout's time in New York was plagued by several injuries, including a broken leg and back issues. The giants released him following the 2006 season. A month later, he landed a free agent contract with the Tampa Bay Buccaneers. Petitgout secured the team's starting left tackle position but tore his ACL four weeks into the 2007 season and was placed on injured reserve. Petitgout was released a few weeks before the start of the 2008 season and has not played professionally since. Over the course of his ten-year career, Petitgout appeared in 117 NFL games, starting 110 of them. 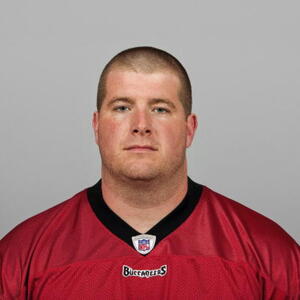