Louis Vasquez net worth: Louis Vasquez is an American professional football player who has a net worth of $14 Million. Louis Vasquez was born in Corsicana, Texas, and went on to play college football for Texas Tech. While at Texas Tech, he amassed multiple honors, including a 2007 All-Big 12 honorable mention and being named to the 2008 All-Big 12 second-team. He was also a 2008 Rivals.com second team All-American and a 2008 Associated Press third team All-American selection. After bench-pressing 225 pounds, 39 times at the NFL combine (more than any other player) he was drafted by the San Diego Chargers in 2009. He started for the team his rookie year, after the team's current offensive guard, Kynan Forney was injured. He played for the team until 2012. He signed with the Denver Broncos in 2013, and was both an All-Pro and Pro-Bowl selection in 2013. He helped the Broncos to their 2013 AFC Championship. 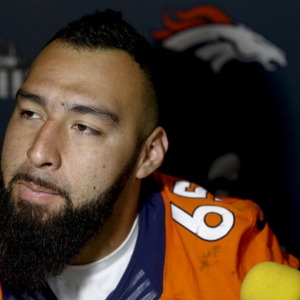