Logan Ryan net worth and salary: Logan Ryan is an American professional football player who has a net worth of $4 million. Logan Ryan was born in Berlin, New Jersey in February 1991. Ryan is a cornerback who was all-state at cornerback and quarterback at Eastern High School. He played his college football at Rutgers University where he was second-team All-Big East Conference in 2011 and First team All-Big East in 2012 when he was also a First-team All-American.

Ryan was drafted #83 by the New England Patriots in the 2013 NFL draft and has played his entire career in New England. He signed a four year deal worth $2.77 million in 2013. In 2013 Ryan was the AFC Interceptions Co-Leader. He won an AFC Championship with the Patriots in 2014. 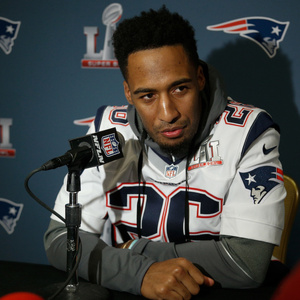