LeSean McCoy net worth: LeSean McCoy is an American professional football player who has a net worth of $14 million. LeSean McCoy was born in Harrisburg, Pennsylvania in July 1988. He is a running back who played at Harrisburg Bishop McDevitt High School. McCoy played his college football at the University of Pittsburgh where he was a Freshman All-American and Big East Rookie of the Year in 2007 and the Big East Player of the Year, Big East Offensive Player of the Year, and Sporting News Big East Offensive MVP in 2008.

He was also a two time First-team All-Big East selection. McCoy was drafted #53 by the Philadelphia Eagles in the 2009 NFL Draft. He played for the Eagles from 2009 to 2014 before being traded to the Buffalo Bills before the 2015 season. With the Eagles he was a three time Pro Bowl selection and a two time First-team All-Pro. McCoy has been ranked in the Top 100 Players from 2012 to 2015, finishing as high as #5 in 2014. He is a two time FedEx Ground Player of the Year and was the NFL rushing touchdown leader in 2011. McCoy was the NFL Rushing Leader and NFC Offensive Player of the Year in 2013. He holds Eagles records for single-season rushing yards in a season, all-time leading rusher, and single game rushing record. Out of college he signed a four year deal for $3.47 million. In 2012 he signed a five year extension worth $45 million. In 2015 McCoy signed a five year deal with the Bills for $40 million. 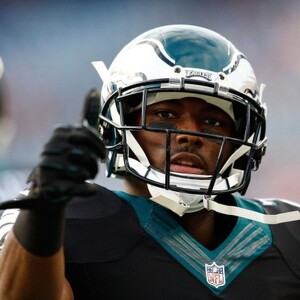