Leonard Little net worth: Leonard Little is a retired professional football player who has a net worth of $10 million. During his 12 years in the NFL, Leonard Little earned just under $32 million in salary. He was drafted in the third round, as the fifth pick, of the 1998 draft by the St.

Louis Rams. Prior to joining the NFL, Little played at the University of Tennessee for three years where he was a first team All-American and a First team All-SEC. As a pro, Leonard Little went to the pro-bowl in 2003 and won the Super Bowl in 2000 when his Rams beat the Titans 23-16. Outside of the NFL, Little has had a series of unfortunate events. In 1998, Little was driving drunk after a birthday party and caused a crash which killed a woman named Susan Gutweiler. As a punishment he had to perform 1000 hours of community service and serve four years of probation. In 2004 he was cited for DWI and eventually received two years of probation. 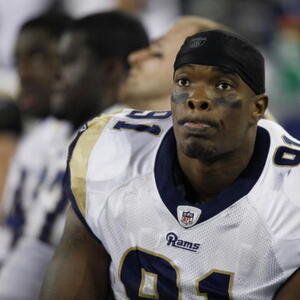