Lemuel Jeanpierre net worth: Lemuel Jeanpierre is an American football player who has a net worth of $13 million. He currently plays offensive guard for the Seattle Seahawks. Lemuel Jeanpierre was born in Marrero, Louisiana on May 19, 1987. He played high school ball at Timber Creek High School in Orlando, and was named first-team All-Orange Country as a junior.

He was ranked by Rivals.com as the 44th best defensive tackle in the country. After graduating high school, Jeanpierre attended South Carolina. He played in all 13 games his freshman year, starting at defensive tackle in the 2006 Liberty Bowl. In 2007, he moved over to the offensive line, where he played at right guard, starting in five games. In 2008, he mostly played at left guard, starting five games (one at right guard) before a knee injury kept him out the rest of the season. After the NFL lockout ended in 2011, Lemuel Jeanpierre was signed by the Seattle Seahawks as an undrafted free agent. He's appeared in 47 games in his NFL career, starting in eight of them. As a member of the Seahawks, Jeanpierre is an NFC Champion, and appeared in his first Super Bowl during the 2013 season. 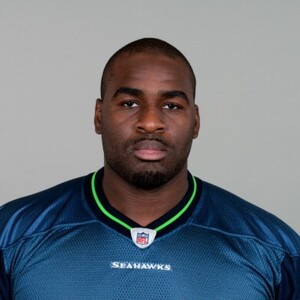