What is Lee Evans' Net Worth and Salary?

Lee Evans is a former American professional football wide receiver who has a net worth of $8 million. During his NFL career he earned around $23 million in salary. He was drafted by the Buffalo Bills in 2004 and also played for the Baltimore Ravens.

Lee Evans III was born in the Cleveland suburb of Bedford, Ohio, on March 11, 1981. Evans attended Bedford High School where he was a high hurdler, scoring personal bests of 13.59 seconds in the 110 meter hurdles and 37.32 seconds in the 300 meter hurdle.

He played college football for the University of Wisconsin Badgers in Madison, Wisconsin. Evans earned first-team All-Big Ten honors in 2001 and 2003 and was part of the 2000 Academic All-Big Ten team. During his freshman season at Wisconsin Evans caught 30 passes for 528 yards and scored five touchdowns. He showed an incredible performance during his sophomore year in 2001, despite having three different quarterbacks throughout the year.

As the wide receiver for Wisconsin, Evans caught 75 passes for 1,545 yards and nine touchdowns. Unfortunately, in 2002, his junior year with Wisconsin, Evans tore his ACL in the Spring Game and was benched for the entire season. In his last year at Wisconsin, the star receiver put on an unforgettable season for the Badgers, catching 64 passes for 1,213 yards and 13 touchdowns. His best game as a Badger came in the form of a game against the Michigan State Spartans where Evans caught 10 passes for 258 yards and five touchdowns, resulting in a 56-21 Badger win against the Spartans.

The Buffalo Bills drafted Evans with the 13th overall pick of the first round during the 2004 NFL Draft. Evans was the highest drafted receiver for the Bills since Eric Moulds. Evans was initially assigned the jersey number 84 but he instead sought special permission to get them to change it to 83, three being his lucky number. The Bills had set aside the number after Bills great Andre Reed retired, but they eventually relented. Evans moved into the starting line up in his first season with the Bills and quickly emerged as one of their best players on offense. As a rookie, Evans caught 48 passes for 843 yards and nine touchdowns. His nine touchdowns still remain a Bills rookie record. On December 4, 2005, Evans faced off against his former Badgers teammate, Chris Chambers, during a game between the Bills and the Miami Dolphins. Evans set then-career highs with receiving yards of 117 and three touchdowns. Ultimately, Chambers scored the game-winning touchdown in the final seconds for the Dolphins. 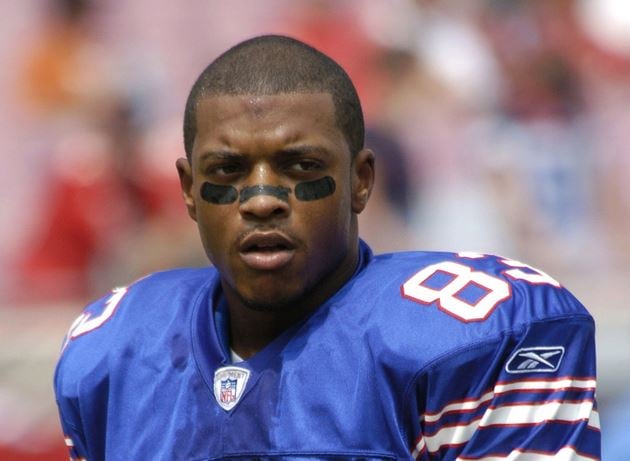 It wasn't long before Evans was a fan-favorite among the Bills fans. After Eric Moulds retired, Evans established himself as the Bills' top receiver in 2006, with 82 receptions and eight touchdowns. In November 2006, Evans set the Buffalo Bills record for receiving yards in one quarter and in one game. Lee also became the first player in NFL history to record two 80-yard-plus touchdowns in one quarter. In a 2007 game against the New York Jets, Evans scored an 85-yard touchdown reception to clinch the game for the Bills 13-3. Evans underwent minor shoulder surgery in the 2008 offseason, stating that the shoulder had been bothering him for the past two seasons. Recovery from surgery didn't seem to slow him down as he recorded his second 1,000 yards receiving 68 receptions, 1,017 yards, and three touchdowns. The next two seasons were not as successful for Evans, as his yardage and touchdown count regressed both years with Terrell Owens and Stevie Johnson taking over Evans' role as Buffalo's top receiver. In 2010, Evans injured his ankle in a game against the Cleveland Browns and he was placed on injured reserve. It turns out that would be the last time he suited up for the Bills. Lee finished his Bills career with the third most receiving yards (5,934) and touchdowns (43) in franchise history, as well as the fourth most receptions (377), which included six passes that each went for more than 70 yards.

In 2011, Evans was traded to the Baltimore Ravens for a 4th round pick in the 2012 NFL draft. However, he missed much of the season due to injuries. He only played in nine games and finished the season with four receptions for 74 yards. On a fateful game that otherwise would have secured the team a trip to the Super Bowl, a pass was thrown to Evans that he missed. The football hit him in the hands but was knocked out by the New England Patriots cornerback Sterling Moore. Evans signed a one-year contract with the Jacksonville Jaguars in April 2012. He was released just four months later in August 2012. After he was released by the Jaguars, Evans announced his retirement in 2012.

During his career, Lee had 381 receptions for 6,008 career yards and 43 receiving touchdowns. Evans became the first player in the history of the NFL to score two touchdowns of more than 80 yards in one quarter of a single game, which he accomplished during the 2006 season with the Ravens in a game against the Houston Texans. 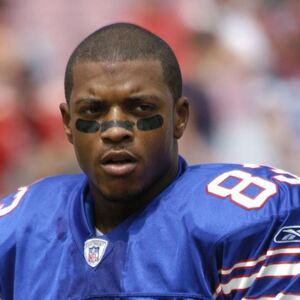