Lawrence Taylor Net Worth and Salary: Lawrence Taylor is a former American professional football player who has a net worth of $200,000. Also known simply as "L.T.," Lawrence Taylor spent his career establishing a reputation as the best defensive player in history. Off the field, his reputation was marred by years of drug use and legal issues.

Early Life: Lawrence Taylor was born on February 4th of 1959 in Williamsburg, Virginia. Raised alongside two brothers, he was initially interested in baseball as a child. It wasn't until grade 11 that Taylor began to play organized football, and he wasn't recruited by universities upon graduation like so many other future football stars.

His talents were soon put to good use when he attended the University of North Carolina, and he became captain of their football team. After taking on the position of linebacker, Lawrence amassed 16 sacks in his final season at North Carolina. Before he left the school, he set a number of defensive records.

Career: In 1981, Lawrence Taylor was drafted by the New York Giants, with GM George Young correctly predicted that this new player would surpass other legends in the sport. Fans were excited about the prospect of Taylor joining the team, and he showed his worth during the pre-season training camp. During his first exhibition game against the Chicago Bears, he recorded two sacks.

When the season started in earnest, Lawrence started slow but soon became a phenomenon. He took the initiative to modify or improve upon set plays, and by the season's end he was named Defensive Rookie of the Year. His first season is widely considered to be one of the best of any NFL player in history. However, cracks were already beginning to appear in Taylor's private life. During this first season, he drove recklessly and was involved in a potentially life-threatening crash. When the Giants found out, they took out an insurance policy on Lawrence's life for $2 million.

Although he was named Defensive Player of the Year in 1982, Taylor's attitude towards the Giants changed when Bill Parcels became the new head coach. After a losing streak, he started to arrive late for meetings and training drills. As a result, the Giants had to fight to keep him on their roster, as he had been approached by Donald Trump with an offer to play in the United States Football League.

Although Taylor was initially given a $1 million loan from Trump so that he would move to the New Jersey Generals, the linebacker soon changed his mind. Eventually, a negotiation between Trump and the Giants resulted in Taylor paying back the $1 million loan to Trump. In addition, Lawrence returned to the Giants and was given a six-year, $6.2 million contract. During the next few years, Taylor led the Giants to a number of strong performances.

In 1985, Lawrence personally ended Joe Theismann's career, sacking him and breaking his leg in the process. In 1986, he amassed over 20 sacks and won both the MVP award and the Defensive Player of the Year Award. That year, the Giants won the Superbowl – largely due to a touchdown-preventing tackle by L.T. It was the high point of his career, and at the time he expressed a sense of disappointment knowing that it was probably never going to get better.

After a disappointing season in 1986, Taylor tested positive for cocaine in 1988. It was soon revealed that this was his second drug violation, as a prior incident was kept under wraps in 1987. As a result, the Giants' star defensive player was suspended for 30 days. Although fans were concerned, Lawrence went back to his usual self when he returned. Throughout the next few years, L.T. entertained audiences with stunning performances and a staggering number of sacks.

As the new season approached in 1990, Taylor fought for an improved contract. After a long, drawn-out period of negotiations, he eventually settled for a three-year contract worth $5 million. When Ray Handley became the new coach, L.T.'s form began to dip noticeably. He only managed 7 sacks in 14 games, and the Giants' entire defensive setup was no longer the threat that it used to be.

Injuries began to take their toll, but Lawrence Taylor was determined to finish on a high note. He returned to the squad to play under another new coach, Dan Reeves. In 1994, he finally accepted that his career was over, leaving the field in tears after losing 44-3 to the San Francisco 49ers. After Taylor played his last game in the NFL, he had established a career record of 1,089 tackles and over 132 sacks. 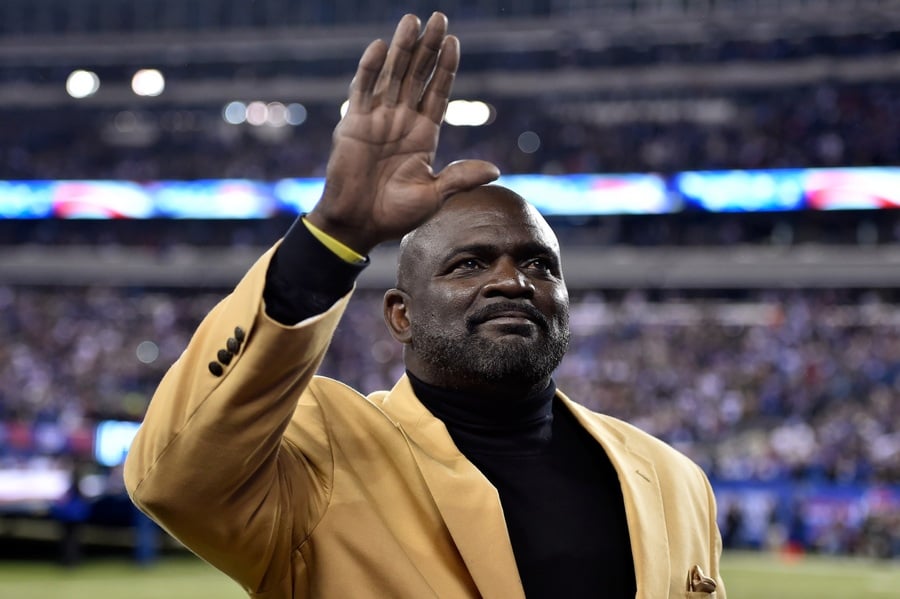 Other Ventures: After L.T.'s NFL career, he worked as a pundit for several years. He also appeared in movies like Shaft, Any Given Sunday, The Waterboy, and Mercy Streets. He guest-starred in The Sopranos and booked voice acting roles in video games like Grand Theft Auto: Vice City. In 2004, Taylor published an autobiography entitled LT: Over the Edge.

Drug Use: After his retirement, it was revealed that Taylor had been abusing drugs for much of his NFL career. He duped drug testers by using his teammates' urine samples instead of his own. His wife has stated that she was once forced to collect L.T. from a crackhouse. However, after failing his second drug test in 1988, he completely abstained from drug use until his retirement.

Because football was the only thing preventing Taylor from abusing drugs, things really started to fall apart when he retired. In 1995, he was checked into a rehab center twice. In the following years, he was arrested twice by undercover police officers when he tried to buy cocaine from them.

Financial Issues: Taylor lost hundreds of thousands of dollars after his company, All-Pro Products, was defrauded by a firm who short sold his stocks. At one point, Taylor's stake in the company was worth over $100 million. In 1997, L.T. pleaded guilty to tax evasion and was sentenced to three months of house arrest and five years of probation.

Legal Issues: After a number of auto-related incidents, Lawrence became embroiled in serious trouble when he was arrested for having sex with a 16-year-old girl. Charged with a third-degree felony of statutory rape and patronizing a prostitute, Taylor pleaded guilty in 2011. He accepted six years of probation as part of a plea deal agreement and was required to register as a sex offender. 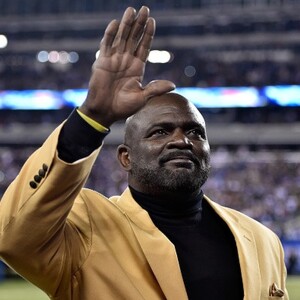