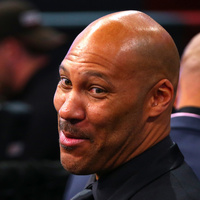 What is LaVar Ball's Net Worth?

LaVar Ball is an American businessman and former professional football player who co-founded the sports apparel company Big Baller Brand and founded the short-lived Junior Basketball Association. LaVar Ball has a net worth of $4 million.

He played basketball in college, and later had a brief professional football career with the London Monarchs. The father of three NBA players, Ball has gained media notoriety for many of his brazen and inflammatory claims, including that his son Lonzo was better than Stephen Curry.

LaVar Ball was born in 1967 in Los Angeles, California to Maria and Anderson. He has four brothers and two sisters. As a teen, Ball went to Canoga Park High School, where he was a quarterback on the football team and played as a forward on the basketball team. In just one season, he posted a school record of 316 rebounds. After graduating, he played basketball collegiately at West Los Angeles College, and then at Washington State University and Cal State Los Angeles.

Following his collegiate basketball career, Ball played a single season of football at Long Beach City College. Subsequently, he signed with the NFL's New York Jets, which immediately sent him to the WLAF's London Monarchs. As a tight end with the Monarchs, Ball had zero catches. Meanwhile, he served on the practice squads of the Jets and the Carolina Panthers. Due to an injury, however, he ended up not playing any games in the NFL. Ball ultimately retired and became a personal trainer.

In April 2017 it was announced that none of the major shoe brands would be offering LaVar the type of licensing endorsement deal he was seeking. On May 4, 2017 LaVar revealed that he had gone ahead and designed his own signature shoe for his son Lonzo, the ZO2. The shoe retailed at $495. By comparison, when Michael Jordan's Jordan I debuted in 1985, the retail price was $64 which is around $150 today after adjusting for inflation. Shoe fans could buy an autographed pair for $995. The Big Baller Brand also offered a $220 sandal. When describing his insistence on seeking a highly unusual shoe deal for his sons, LaVar explained:

"We said from the beginning, we aren't looking for an endorsement deal. We're looking for co-branding, a true partner. But they're not ready for that because they're not used to that model. But hey, the taxi industry wasn't ready for Uber either."

Lonzo Ball ultimately cut ties with Big Baller Brand in 2019, alleging that manager and co-founder Alan Foster had embezzled $1.5 million from the company. Lonzo then switched to Nike shoes.

Using funds from Big Baller Brand, Ball launched the Junior Basketball Association in 2017. The league was designed as an alternative to college basketball that would permit high school and junior college players to play professionally without first going through the NCAA. Additionally, players would wear Big Baller Brand merchandise such as shoes and uniforms. The JBA faced substantial backlash early on, including criticism for failing to honor its contracts. Moreover, many denounced it for being created as a means to boost the profiles of Ball's sons at the expense of the other players. Due to these and other conflicts, the league was discontinued in 2019.

Starting in 2016, Ball became increasingly notorious for his brash media appearances and outlandish, inflammatory public statements. Things started relatively inoffensively, with Ball claiming that his son, playing for UCLA, would win the NCAA Division I Tournament. He then predicted that all three of his sons would be top NBA prospects after playing only a single year in college. Over time, Ball's comments became more outrageous. In March of 2017, he asserted that Lonzo was a better player than NBA MVP Stephen Curry, and that his son was in fact the best player in the world. The same month, Ball claimed he could "kill" Michael Jordan one-on-one during his playing heyday. 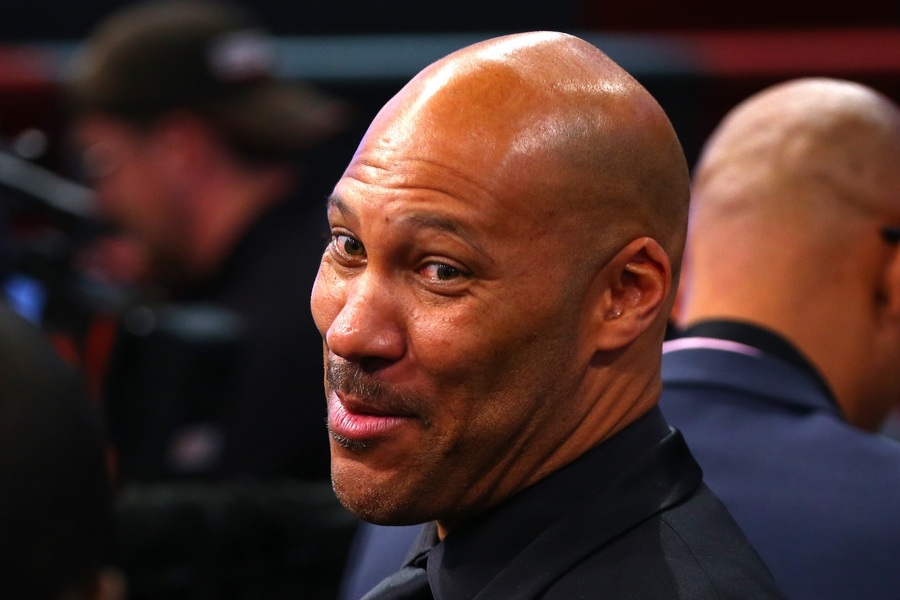 Ball got into more hot water in May of 2017, when he appeared on the Fox Sports show "The Herd with Colin Cowherd." On the program, he displayed sexist behavior, including refusing to face female host Kristine Leahy and asserting that his Big Baller Brand was not for women. Further, he told her to "stay in your lane" when she asked about his sales. This phrase was later printed on T-shirts that Big Baller Brand began selling, sparking even more backlash. Further criticism came to Ball in July at the Adidas Summer Championships, when he asked for a female referee who gave him a technical foul to be replaced. Later, in 2019, he was unofficially barred from ESPN after making a sexually suggestive comment to the host of the network's show "First Take."

In November of 2017, days prior to UCLA's opening of the college basketball season in Shanghai, China, Ball's son LiAngelo and his teammates Cody Riley and Jalen Hill were arrested for shoplifting from a luxury mall in Hangzhou. LiAngelo faced a fine as well as three to ten years in prison, but Ball downplayed the incident. Although Chinese authorities ultimately dropped the charges, LiAngelo and his teammates were suspended by UCLA indefinitely. During the whole fracas, Ball got into a heated Twitter feud with Donald Trump, who falsely claimed he was responsible for the release of the players.

In 1997, Ball married Tina Slatinsky, whom he had met while attending Cal State Los Angeles. They have three sons: Lonzo, LiAngelo, and LaMelo. Ball taught the boys to play basketball at an early age, and all of them have gone on to play in the NBA. Additionally, LiAngelo and LaMelo have played with Vytautas Prienai–Birštonas of the Lithuanian Basketball League. For the team, Ball served as an assistant coach and later as a head coach.